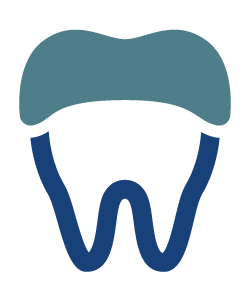 A dental implant offers you a way to fill in a gap in your teeth and keep the rest of your teeth literally in line. However, like any other dental repair, there are a few issues that can pop up now and again. For implants, getting food caught under the crown is one of those. It's an avoidable problem, but it's also common enough that you should take a look at potential causes now and see what you can change before you have the implant procedure completed.

2. The Food You Choose

It's really sad to think about, but you may have to change what you eat. If you've had problems with particular foods getting caught under your gums by your real teeth, there's no reason to think they will be any better to eat after the implant is done. Popcorn, for example, is a notoriously sneaky food that leaves bits behind, under, and between gums and teeth. You might want to reduce the amount of popcorn you eat now, if you still like to have some now and then.

No, no one's saying you have terrible hygiene if food gets caught. You just may have to increase what you're already doing. Floss after each meal, for example, instead of once or twice a day. Use a water pick, too. And visually inspect the area around the implant as well.

Issues like food getting caught are common and usually easy to solve, so don't worry about it happening -- just take it in stride if it does and do what you can to prevent it. Also ask your dentist about the availability of appointments if you notice that, despite your best efforts, you still end up with food caught where it shouldn't be.

For more information on caring for tooth implants, contact your local dental office.